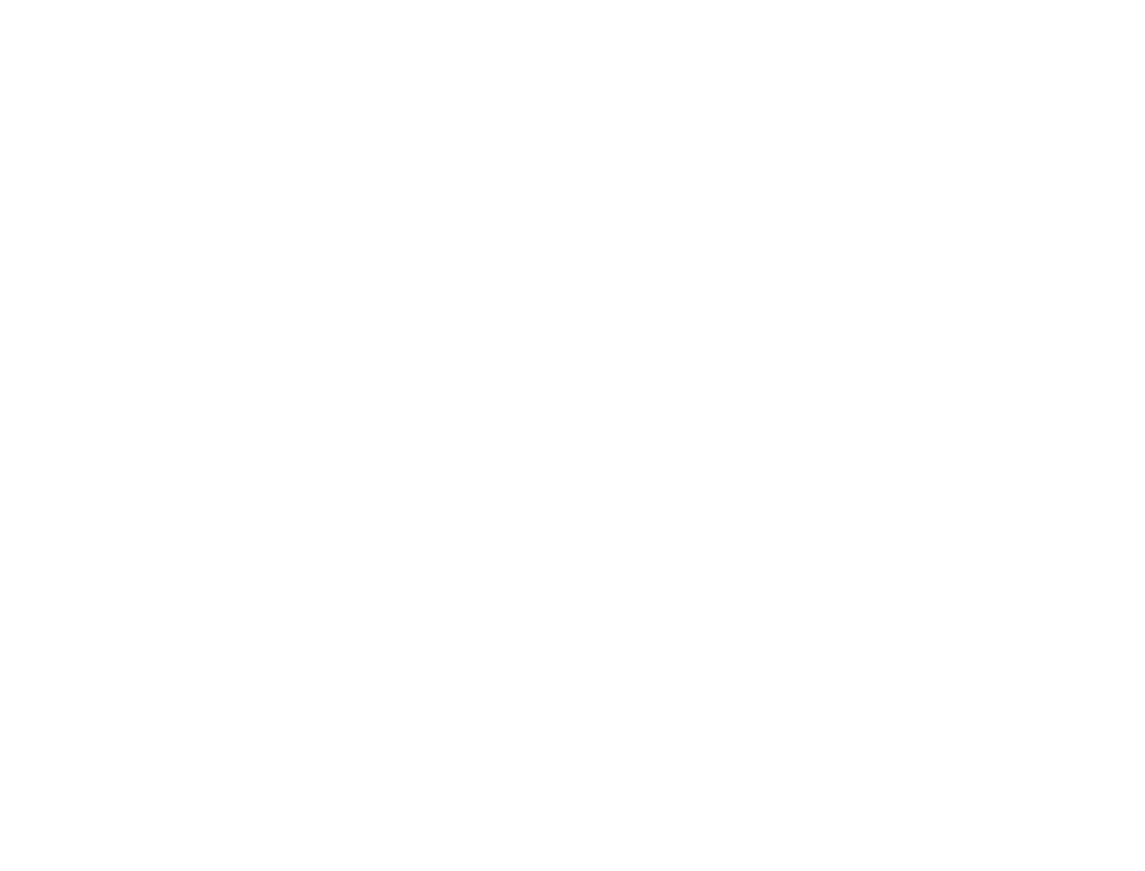 It all started back in 2008 when Epic and Hallertau both worked together on the basic recipe, but diverged when it came to ingredients. Epic’s Luke Nicholas stuck with American, while Hallertau brewing’s Steve Plowman (The Plow) went with New Zealand. The result was the creation  of what is arguably the cult beer from each brewery: Epic Armageddon and Hallertau Maximus.

Beers created, it was time to put them to the test. The challenge took place at Malthouse, Luke says, because there was nowhere in Auckland to host it.

“There was no craft beer culture in Auckland. Where were we going to hold it, [real ale brewpub] Galbraith’s?”

As for the host, Colin Mallon of The Malthouse was keen, especially with Luke involved. His first hoppy beer experience had taken place in 2005 at Malthouse’s former location on Willis Street. Luke was working for Steam Brewing at the time, producing a range of beers for the Cock and Bull bars. But Steam had just started work on a bottled range they planned to call ‘Epic’.

“Someone told me about this guy, Luke Nicholas, who was making a American-influenced pale ale,” Colin explains. “I thought, ‘Oh yeah, I’ll give that a go’. But I was told I can’t have any, as it was only for Cock and Bull!

He put the beer on tap as soon as it arrived.

“I poured a pint – beautiful. I drank it and thought, ‘Holy fuck, no one is going to drink this, it’s too bitter’. I then had another four pints.”

Colin describes it as his hop-piphany. Prior to that tapping, any hoppy beer he had drunk had come from the United States, suffering from oxidation and a lack of temperature control.

“To get something in your face and hoppy, with that big, refreshing juicy fruit flavour…it was a serious historic moment in my life.”

While he was eager to host the face-off, he had no idea how big the challenge would get. The first three years featured the Hallertau vs Epic boxing match. Then it expanded to eight breweries. Then 13. Then 18.

The 2021 edition featured 35 IPAs, all from different Nz breweries, and all created especially for the WCIPA challenge.

WCIPA – A CHALLENGE IS BORN

Now held every year for the past 15 years, the West Coast IPA challenge involves brewers from all over New Zealand creating a new beer to be assessed by both a team of 20 leading NZ beer judges, and the hundreds of drinkers who head to the bars on the night.

There is only one rule: it must be in the spirit of a West Coast IPA.

It was in modern IPA’s birthplace, the West Coast of the United States, where the challenge first started to take shape. Epic Brewing founder Luke Nicholas and beer writer Neil Miller were among a group that included Hallertau founder Steve Plowman and malt baron David Cryer who had travelled to San Diego to judge the World Beer Cup and attend the Craft Brewers Conference.

The highlight was a tour of Californian breweries in a van Luke says was big enough to hold 13 people (Neil claims it could hold six Americans). They ticked off the big breweries – Lagunitas, Russian River, Stone, with Neil saying his experience at Lagunitas summed up their itinerary.

“I am there at 10am, and the seats at the bar are horses’ saddles,” he says. “We were told people usually get an IPA and work from there. I ordered an IIPA to start from the bartender. It was one of the few times I have seen a nod of satisfaction from a bartender.”

As is customary for any beer nerd heading to the United States, everyone in the group mulled back a massive stash of beer in their suitcases with the intention, according to Luke, to meet up at Hallertau for “an epic hop share”. There was one issue: Steve drank all his beers beforehand.

It came up in conversation when Steve and Luke were in Wellington, drinking with Neil at his usual table at Malthouse while former owner and now leading WCIPA judge Colin Mallon floated around.

“We thought, ‘What is missing from our lives?’,” Luke says. “There were no IPAs in New Zealand at that moment. Epic Pale Ale was probably the hoppiest beer in the country. We wanted that hop buzz you get from big, hoppy beers like we had in the States.”

Colin, who was the most sober witness to the conversation, recalls it rather differently.

“Steve and Luke were having a pissing contest about who could make the hoppiest beer,” he says. “Luke said, ‘Make it a challenge’. And here we are.”

These days, the challenge has spilled over to The Malthouse’s sister bar The Fork and Brewer. The number of people in the bars drinking the beers has also grown quite considerably. It used to be a crowd of 50. But now there are still lines outside Malthouse before 8pm on the night.

So, what is it about IPA that gets New Zealand beer drinkers willing to wait in the Wellington winter weather to go to a bar pouring little else? It’s an obsession that’s backed up by the GABS Hottest 100 Beers results. The most popular style in Australia has consistently been pale ale, while IPA reigns in New Zealand. It is almost always the most hotly contested category at the Brewers Guild awards too.

The style has gone from lean and bitter, dominated by pine and grapefruit, to hazy, soft and juicy. And the challenge has not been immune from trends, despite its name.

Renaissance won in 2014 with Bloody RIPA, a red rye IPA, in a year when red rye IPAs were on trend in New Zealand. Garage Project used the 2016 challenge to introduce New Zealand to East Coast IPA with Party and Bullshit, while the winner from that year, Moa’s Perris Sky Juice, sits somewhere between East Coast and West Coast IPA.

Luke says it is more a case of the challenge changing New Zealand beer culture.

“This is the thing that literally changed craft beer here,” he says. “You get a list of all the beers that have been entered and there are probably some of the best beers from the country, which have gone on to be flagship beers. All because of this.”

He has a point. ParrotDog’s first winner, High Time, is now available year round as Forget-Me-Not. Liberty Knife Party, Epic Armageddon, Perris Sky Juice, Party and Bullshit, Maximus – all initially one-offs – are now regarded as classics by both brewers and drinkers. Liberty and Moa proudly tout their wins on packaging.

But the push goes beyond IPA. The first modern New Zealand barrel aged craft beer, Barrel Aged Armageddon, was made for the challenge, all because Luke read Hops and Glory by British beer writer Pete Brown. In this case, instead of going across the Atlantic and Indian oceans, Luke’s barrels did 128 voyages on a passenger ferry between the North and South islands of New Zealand. The two barrels then went on to join 8Wired’s massive collection.

The competition has done the exact same thing as the New Zealand beer scene – continuously move forward. Matt Dainty created the recipe for Renaissance’s winner and is now entering his own beers into the competition as Boneface Brewing. Former Malthouse regular Jules Grace now runs the Brew Union brewpub in Palmerston North, and also enters beers annually into the WCIPA Challenge.

“You can analyze all the bejesus out of beer, but that takes a lot of the fun out of it. It’s ultimately a fun time.” – Colin Mallon

“It laid the groundwork for Armageddon to become the country’s most awarded craft beer, nudged Kiwi palates towards hoppier beer and encouraged brewers to push the envelope around what an IPA can be. For an unashamed fan of ludicrously hopped beers, it’s a key event on the calendar. At the start of the year I put my mum’s birthday and the West Coast IPA Challenge in my diary,” Neil says. “Everything else can fill itself out.”

In memory to our friend, fellow HopHead and colleague

The most Prestigious Award in NZ Craft Beer

“The WCIPA Challenge has become a major event on the national brewing calendar with the country’s top breweries bringing out their best hop skills and competing to brew the ultimate West Coast IPA.” – drinksbiz

““The breweries that have won it – not only have they created great beer – they are the best craft breweries in New Zealand,” – Luke Nicholas Epic Brewing 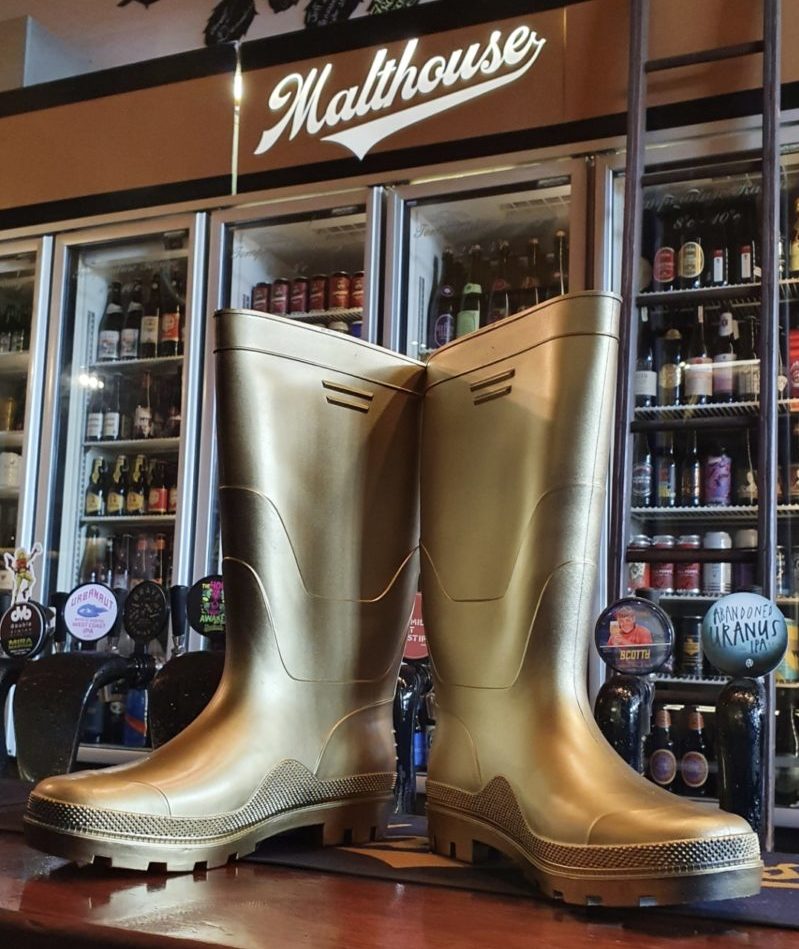 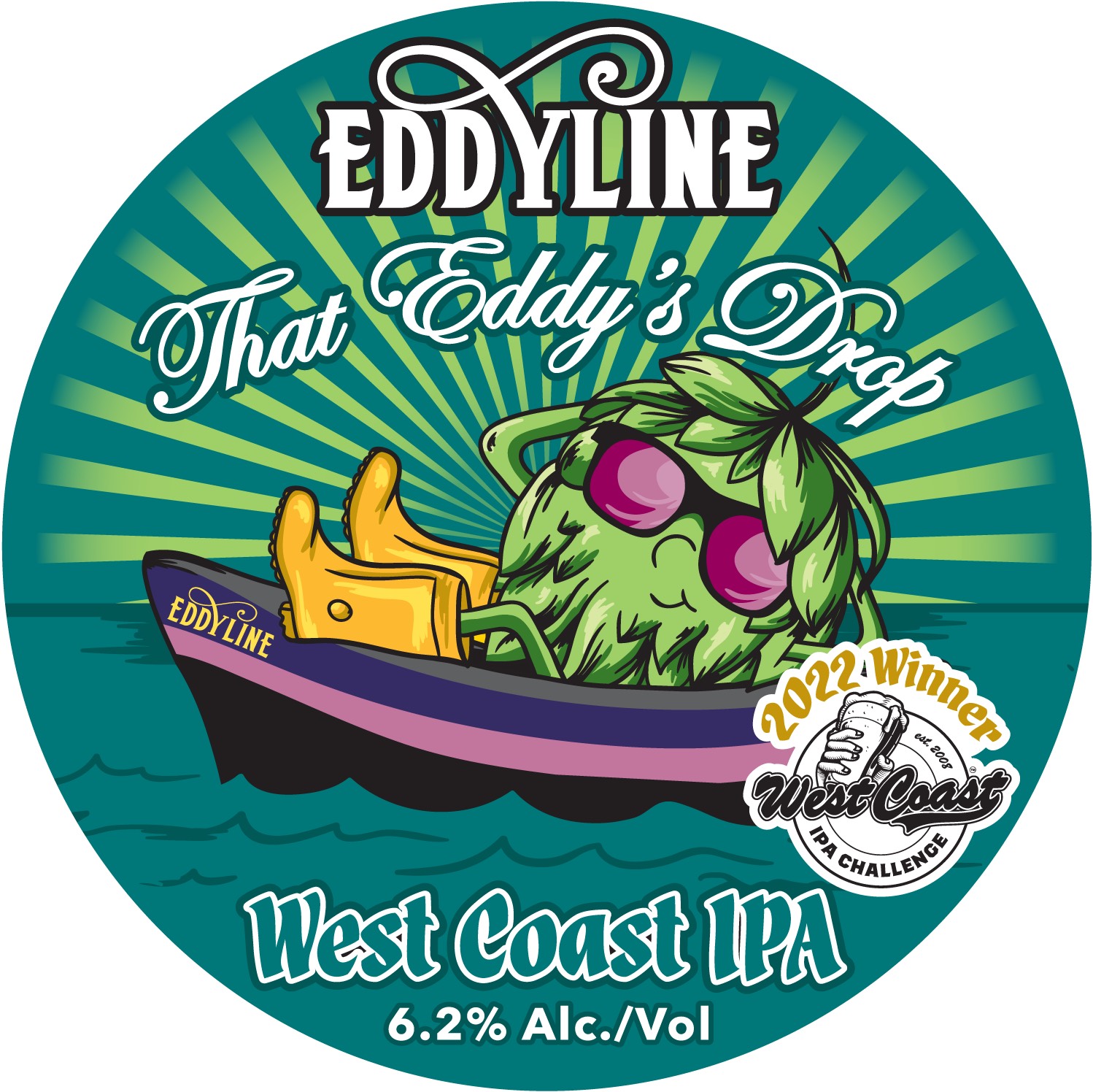 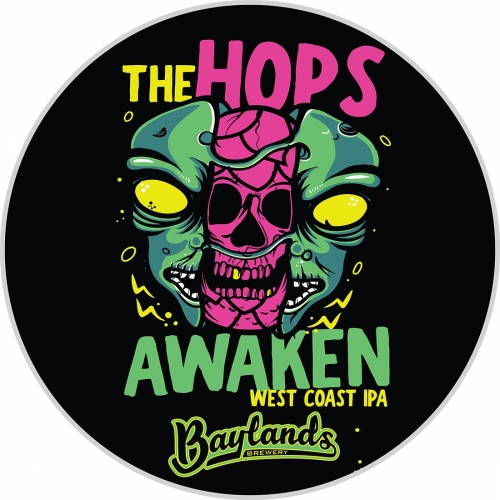 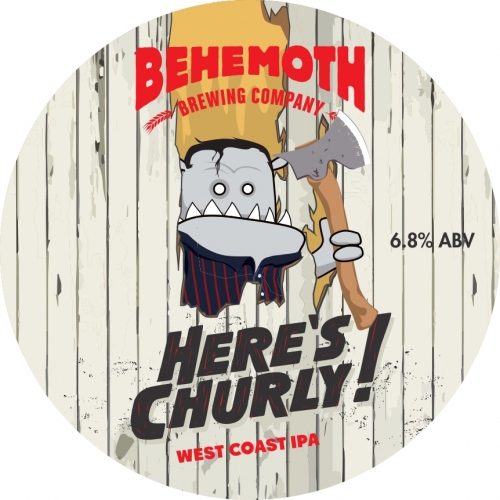 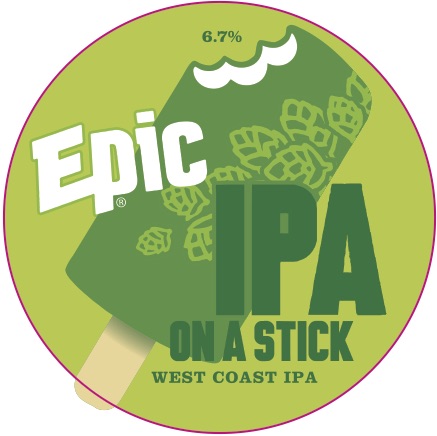 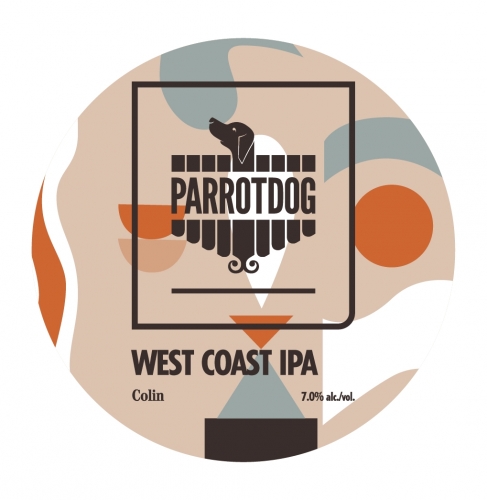 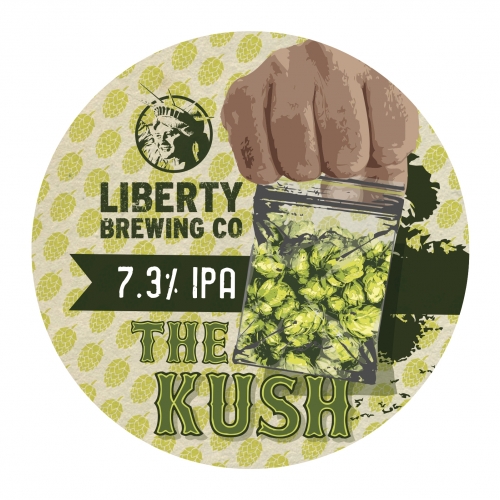 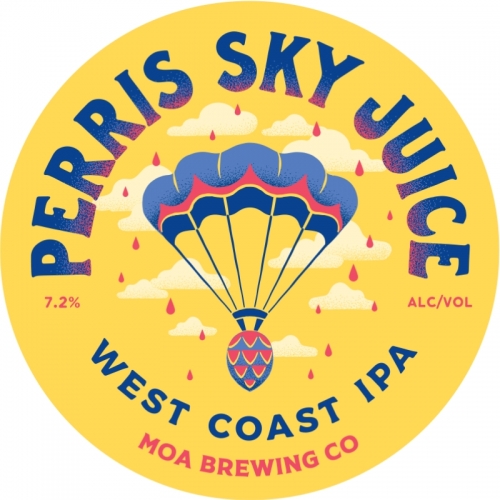 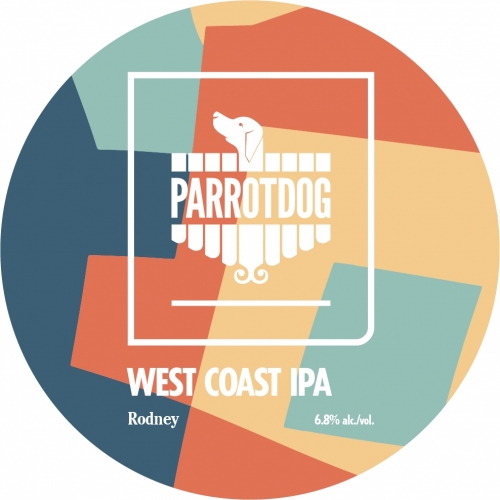 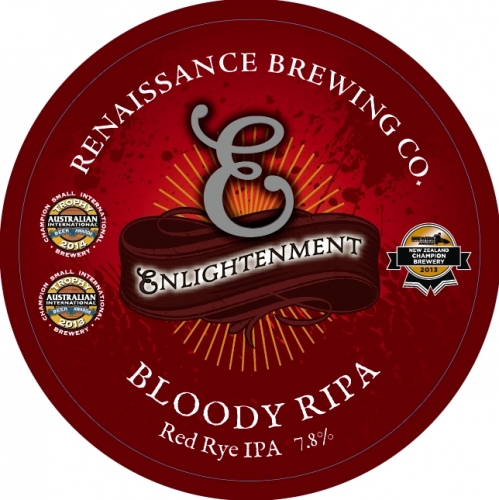 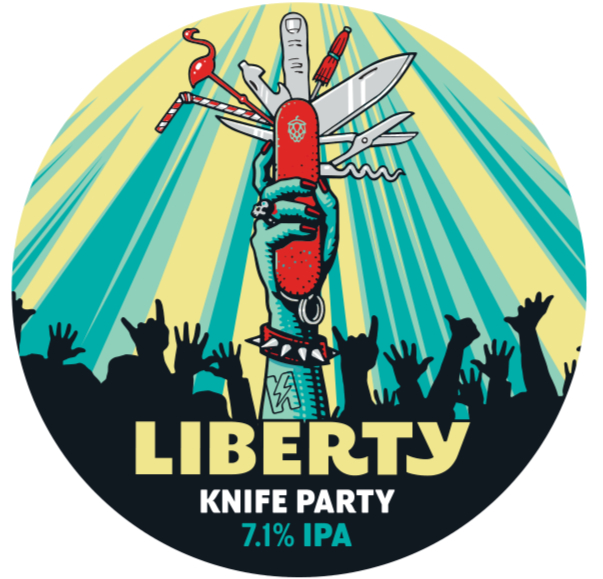 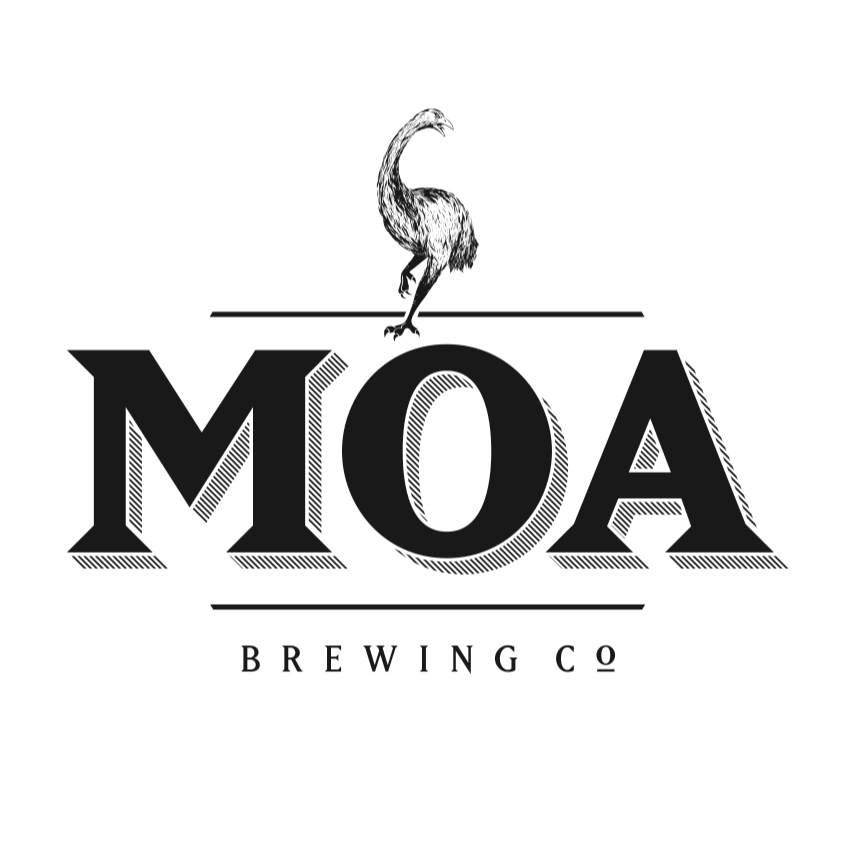 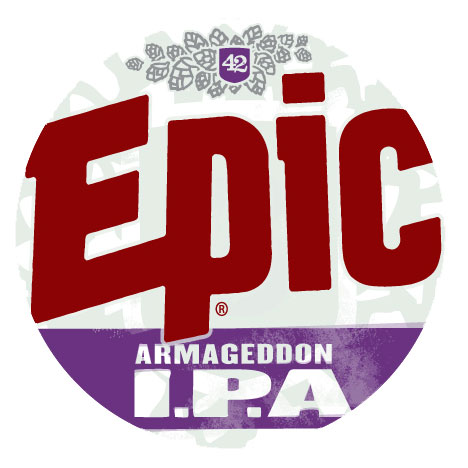 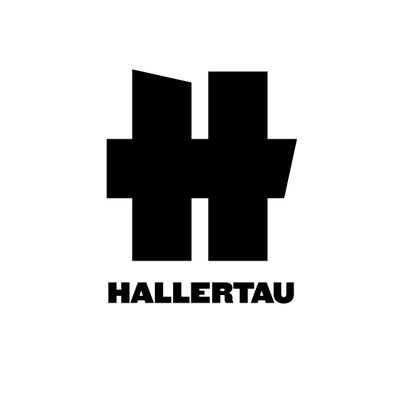